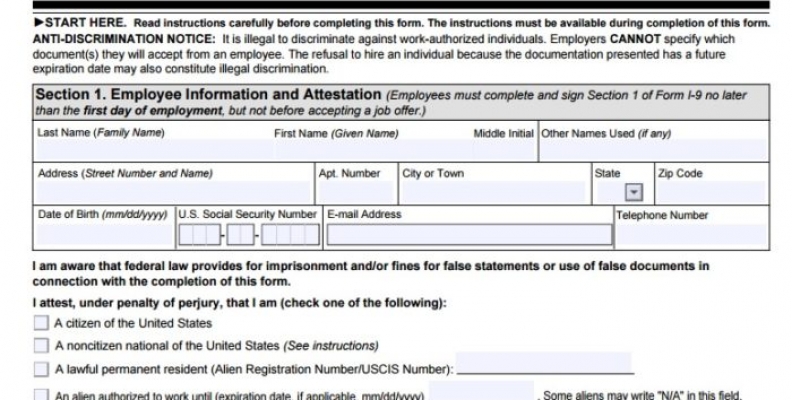 All employers must complete and retain a form I-9 for each employee at the time of hire. The form is used to verify a new hires identity and work authorization. In November 2016, the U.S. Citizenship and Immigration Services (USCIS) released a revised version of the I-9. The new version includes several changes designed to reduce errors and make it easier for employers to complete it. The new form is only required for employees hired after January 22, 2017 (except in limited situations).

Employers must begin using the new version by January 22, 2017. In the meantime, employers have the option of using the outgoing version. Make sure version date on forms is 11/14/2016.